'Cause You're Everywhere To Me

Ask any studio engineer what their desert island microphone is, and many would default to mentioning this legendary workhorse. But what is it about the Shure SM57 that makes it stand the test of time?

When I first started out with building my recording setup years ago, I had a only a few things on my wishlist: A Mac, a Focusrite interface and a Shure SM57. It's the one mic that every audio engineer I've encountered and interacted with told me to get first. I was told that it can record anything from drums to vocals to acoustic guitar. Eventually I would expand my mic collection but I always have a use for the Shure SM57.

The Shure SM57 was developed in 1959 by Ernie Seeler. Seeler actually despised rock music and hoped the mic would be used for orchestras. In a stroke of irony, the SM57 went on to be one of the mainstays of rock music thanks to its high SPL handling, frequency response and long term durability. The mic can also be seen gracing US Presidential podiums paired with the Shure A81WS foam windscreen. 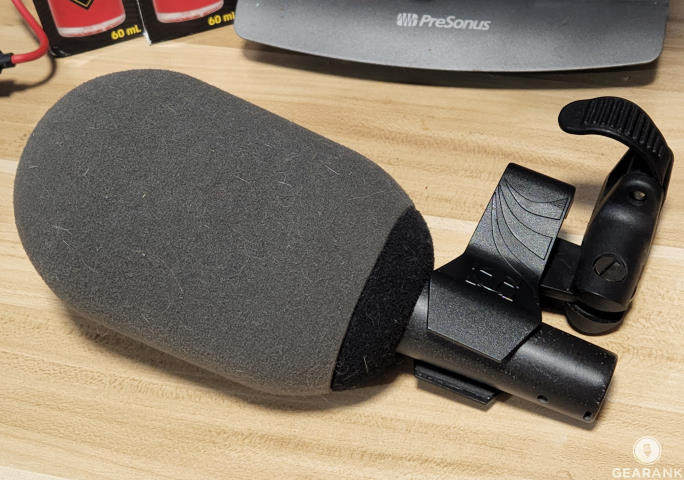 The Shure A81WS foam windscreen paired with the SM57 is the configuration most often seen on US Presidential podiums. Pardon the cat fur; it's an old mic.

"SM" Stands for (TV) Studio Microphone. Despite its initial development for TV, the SM57 is able to record almost anything in the studio save for the most quiet sound sources that require absolute detail. It excels in handling electric guitar, drums and aggressive screamed vocals (with a pop filter or foam windscreen).

My personal favorite use case scenarios for the SM57 includes electric guitar cabs and screamed vocals. Guitar amplifiers, especially tube amps, sound best when played at higher volumes. With the SM57 I am able to crank guitar amps to get the saturation I need without worrying that the mic would overload or distort. 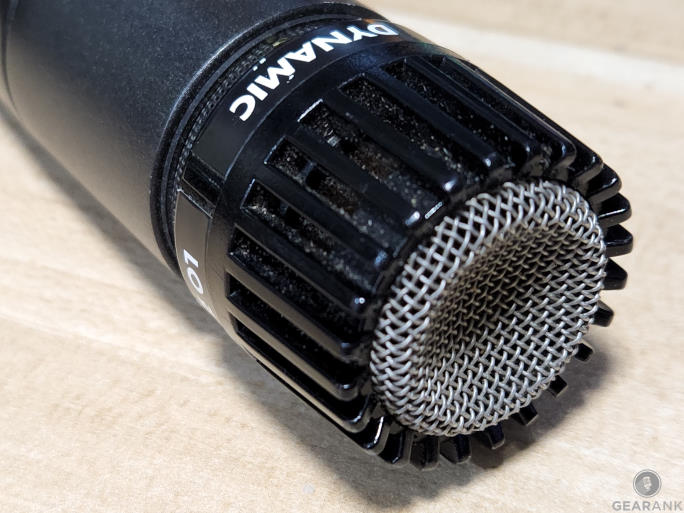 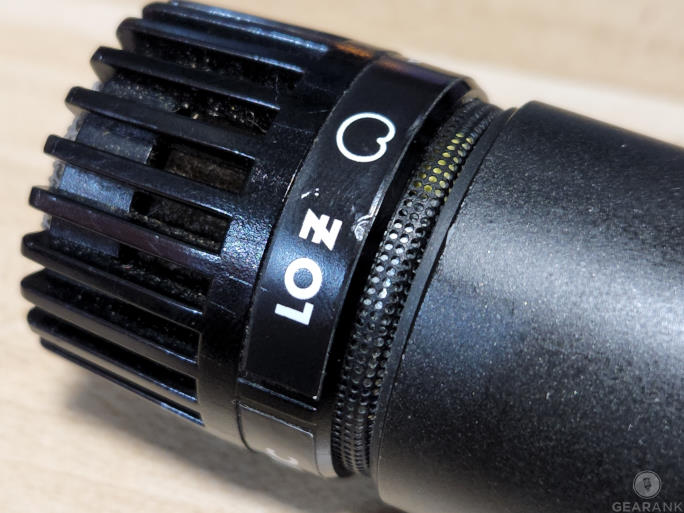 The diaphragm of the SM57 is encased in a hard-wearing plastic head with a metal grille.

Same goes for screamed vocals. A lot of rock and metal screamers like to record while holding a mic. Pairing the SM57 with a foam filter makes it ideal for this use. The SM57 configured this way sounds a bit brighter and more detailed than the SM58 and a touch less boomy than an SM7b.

It's the first mic engineers reach for when they want to mic up a snare. I've used my personal one to mic up live snare countless times over the years and it's always predictable and consistent. It's one of the mics that you learn proper mic technique with because of its consistency. Want more ring? angle the edge of the snare. Want more of the snap? aim for the center with the mic 2 inches above the outer rim. It's a great learning tool to get great drum sounds and a good baseline for mic selection even when you expand your mic locker.

What I don't like about the SM57 is how hit or miss it is with sung vocals. Some singers sound great on it without much work while others sound brittle. It's this single inconsistency that I find makes me reach for a good condenser microphone. Another is that it's not the best mic for spoken word or podcasts. That task is better suited to the Shure SM7b which has a bit more detail and low end extension. But at nearly 4 times the price, the SM7b is only marginally better than the 57 in a lot of other aspects. 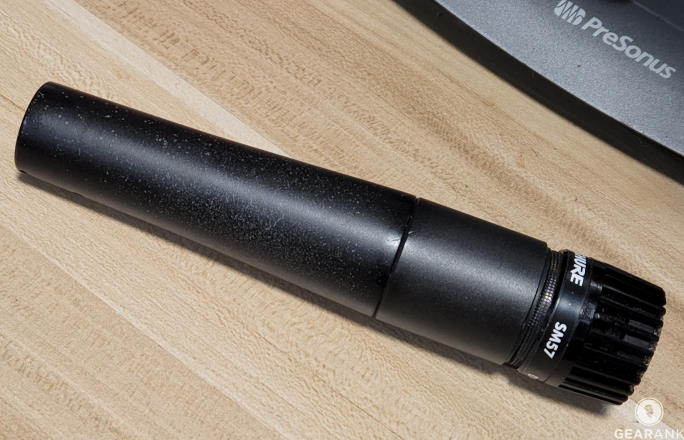 All in all, I echo the words of my mentors in saying that EVERY studio has to have at least one SM57. Its versatility is unmatched and is one of, if not the best microphones to record electric guitar and screamed vocals. While it might not get you the detail of a good cardioid condenser microphone, energetic rock singers sound great on it. One final note, the SM57, along with the SM58, are two of the most counterfeited microphones in the market. Be sure to get yours from a reputable seller or retailer. The counterfeits do not sound remotely close to the originals despite many looking very convincing.

The Best Overhead Mics For Drums

Choosing the Right Mic for Your Vocal Type