The iLoud Micro is a compact nearfield studio monitor with modern wireless connectivity via Bluetooth technology.

Since it is sold as a pair, some might mistake it for a regular multi-media speaker, but know that the iLoud Micro is designed with studio monitoring clarity in mind, at a price that's very affordable.

At its core is a 3" neodymium woofer and .75" silk dome tweeter, which are powered by a 25W amplifier. Finally, each speaker comes with isolation bases and adjustable angle for easier positioning. 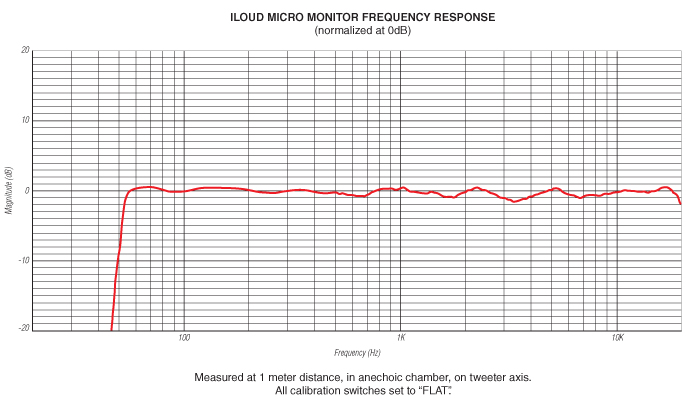 The IK Multimedia iLoud Micro continues to enjoy wide acclaim, surpassing the expectations of many users with its great balance of portability and clarity. Most users agree that it has a flat and clear sound that makes for a good mixing monitor that's ideal for small studios. Reviewers report that it works well in various scenarios, from basic vocal recording to mixing of orchestrated music.

As expected, there are some who found the volume and low-end lacking, but this is to be expected given its size. There are also a few users who noted that the cabinets do not feel as solid as they would like them to be.

This was on our recommended list prior to October 2019 when we performed a major review of studio monitors and found there were alternative options with higher ratings which you can see in our guide to The Best Studio Monitors.