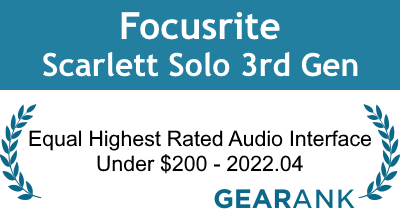 You don't have to be a Wookiee rookie to hang with this Solo.

The history of recording technology goes a bit further than that pop culture reference. These days, you don't need to pay a hefty bounty to get started with recording. But just how much can you do with Focusrite's most affordable 3rd gen audio interface?

It's amazing to me that in such a short time, the "norm" in recording went from saving up to rent recording time at your local studio to saving up to buy home recording gear. Seeing this paradigm change happen in my lifetime is fascinating to me. That's not to say that big studios are obsolete; they're still the top choice for today's top artists. But for the rest of us that are either just starting out with recording or just want to make music as a hobby, buying an audio interface has become the logical first step towards producing music.

Focusrite has become a household name ever since the introduction of their compact audio interfaces. The Scarlett Solo is one of their best-selling and most well known product lines.

When I was looking for an audio interface to get my home studio started a few years ago, Focusrite was the first thing that was recommended to me by my peers. My first Focusrite interface was a first generation Scarlett 4i4 that I used to great success until I needed an upgrade. After that, I bought a Focusrite 18i20 to expand the I/O available to me.

I have since shelved the 18i20 when I decided to focus more on just mixing and mastering tracks recorded elsewhere while keeping vocal and guitar recording to just myself or people I work closely with. For that I needed a compact interface that fits with my new, minimal setup. I just needed 1 mic input, 1 instrument input and nothing else, which is why I ended up choosing the Scarlett Solo. 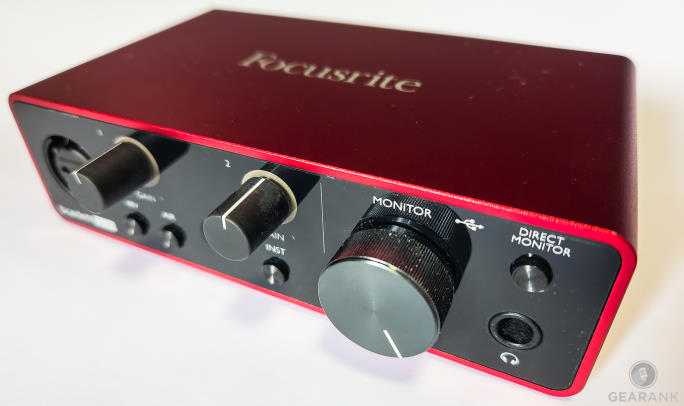 When I had the 2nd gen 18i20 on my minimized workstation, it occupied a large portion of my desk. At that point, I wasn't recording drums and multiple input sources anymore so I found the multiple inputs redundant. When I replaced it with the Solo, I thought I would be compromising on the sound quality.

I was surprised to find that the Solo shared a very similar recording quality as the more expensive 18i20. In fact, I felt that the Solo had just a bit more mic gain on tap, enough to drive my Shure SM57 properly without an inline preamp. The 3rd gen Solo was also noticeably quieter with dynamic mics compared to the 18i20. Although at full gain, the Focusrite Solo had a slight hiss. This is normal for preamps as the noise floor ramps up at the end of the knob's range for even the best preamps.

With condenser mics, the Solo shines with delicate sounding vocals with just the right amount of high end crispness to help a solo vocal stand out from a piano or acoustic guitar instrumental. For denser mixes, the lower midrange dip made by the high frequency lift might have vocals easily buried. I found additional EQ to soften the high end to be beneficial for dense rock mixes.

For line-in sources and instruments, the DI tracks are slightly underwhelming compared to the preamp's performance with vocals. It's not bad but not quite on par with the dynamics and clarity of other instrument/DI inputs from other interfaces. 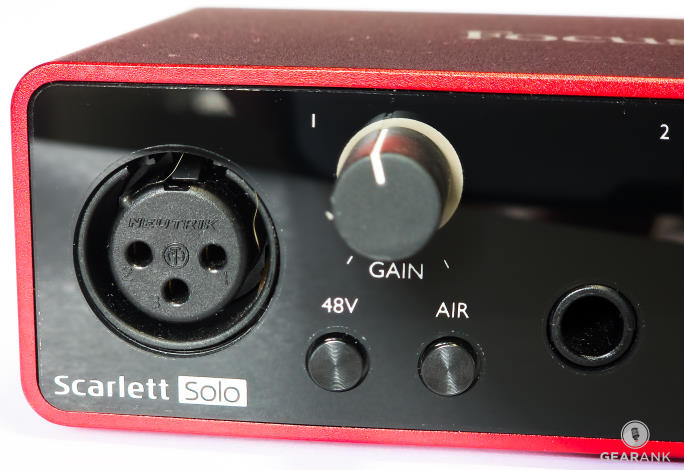 One thing that I have mixed opinions towards was the Solo's "Air" feature. Focusrite describes Air as an emulation of their ISA preamp tonality. To my ears, it adds upper midrange and high frequency harmonics on top of your signal. This is great if you're using warmer sounding microphones and dynamic mics. It does have a tradeoff of raising the noise floor a bit and making some mics sound brittle on the high frequencies. Some mics just end up being harder to mix into a full instrumental because the end result sounds more "polished". This presents a problem with certain genres that favor more warm sounding vocal tonalities. In these cases, I turn the Air feature off.

The Solo sports a basic set of outputs: a pair of L/R 1/4" outputs for studio monitors and a 1/4" stereo headphone out. While this setup wins points for simplicity, an important thing to note is that the volume for headphones and speakers are shared. This means that you have to turn off your speakers when you want to mix on headphones. An independent headphone volume should have been an easy addition to the Solo without taking a hit at the manufacturing cost.

I speculate that this is because Focusrite sees the Solo more on the travelling / laptop focused producer that primarily mixes on headphones then occasionally on speakers when available but never at the same time.

Another caveat I found is that it had trouble driving my 250 Ohm Beyerdynamic DT 770 Pro headphones. There were some occasions where I wanted to monitor a bit more loud but I can hear the headphone amplifier starting to get crunchy and saturated. I would recommend headphones of up to 150 Ohms if you want to be able to efficiently drive them with the solo without distortion.

One thing to note, if you are using the Focusrite Solo for communications on Discord*, there is a known bug where your audio will stutter and glitch and the only way to resolve it is to change your buffer size. I have seen this happen several times on both myself and other people so be aware of this bug. As of writing, there is still no solid fix coming from Focusrite's end. I will update this once I find a solution.

*Editor's Note: We received a message from Focusrite after publishing this review that said a new driver will soon be available that will fix the Discord bug. In the meantime you can try the Beta release of the driver. 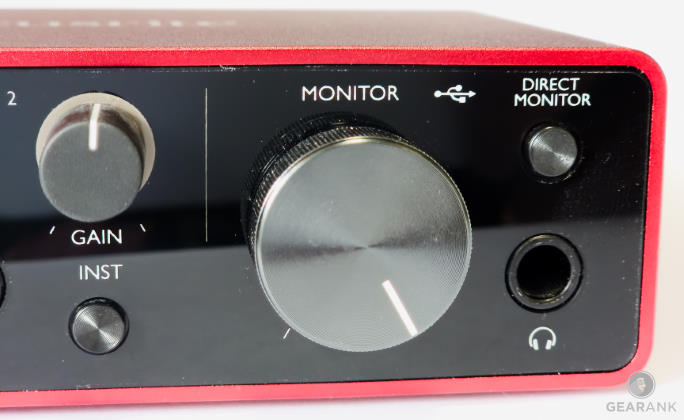 Despite the great build and preamp quality, the Scarlett Solo isn't a perfect audio interface. Nevertheless, with the Air preamp feature, additional gain on tap, the Scarlett Solo still earns its way into the desks of tens of thousands of musicians, voice over artists, podcasters, and streamers all over the world.

Get it if you want a compact audio interface that does a great job pairing with even the most expensive microphones thanks to its preamp and Air feature. While its shared volume and bugs with Discord are annoying, many have learned to live with it on such an affordable and great sounding interface. See our current Recommendation.

Native Instruments' Komplete Audio 2 is a great alternative at just a little more cash if you need more bundled software to get you started with music production.

BTW - I don't only use Focusrite, see my review of the PreSonus ioSTATION 24c.

The Best Audio Interfaces - All Prices

If you have any questions about the Focusrite Solo, please feel free to leave a comment and I will do my best to help out with anything related to it within my knowledge.